Are you trying to create your own business mark and don't know how to make it interesting?

Want to set it apart from the crowd but keep it simple at the same time?

Why not conceal small messages about your company or product to make it interesting and memorable?

It is a fact that if your brand mark does not appeal to the customer in the first five seconds then it will be very difficult for him to remember it. Crafting emblems with small hidden messages makes it clever and cool for the viewers which help in easily remembering it. 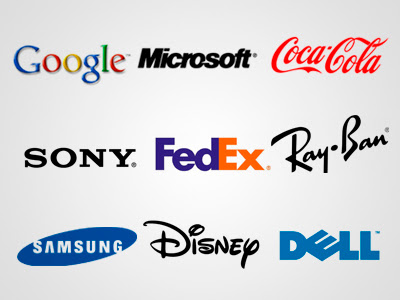 Let's have a look at some of the famous text logos with concealed messages that have rocked the viewers:

Their monogram may look simple at first sight which consists of the company name with a yellow colored arrow beneath it but on careful inspection you will notice that the small arrow is pointing from the letter 'a' to 'z' indicating that the website sells everything from A to Z. With just a tiny arrow, they have represented their unique selling point as a brand.

What do you do when your collegiate conference starts hosting 11 schools instead of the previous 10?

You encompass it in your logo wisely just like Big Ten has.

If you look closely, you will see that their emblem contains hidden numbers 11 on either side of the letter T covering the new change in their school slot while maintaining their traditional name.

This may look like a simple blue and orange trademark but if you look closely you will see that they have utilized their negative space quite intelligently by inserting a small arrow between letters E and X pointing right, signifying reliability, speed and moving forward.

The slant direction of the text along with the red stripes of the number 1 in the symbol give an illusion of speed and efficiency; two factors that this racing corporation prides over.

This company has always prided itself over encouraging connecting with friends and family and if you look closely then this is precisely what their emblem represents too. The image simply consists of the brand name in text but the letters T, I and T also double as two human-like figures enjoying a bowl of chips with dip.

For an ice cream brand, their text logo is exactly how it should be, simple and colorful. Their monogram simply consists of the initials B and R with the complete name beneath it. But if you look closely you will see that the initials B an R also make the numbers 31 which represents the number of flavors they offer for each day of the month. With only a change in colors they have accommodated their product feature in their emblem cleverly.

Hence, even if you decide to craft your brand mark with text designs, make sure that you include elements of distinctiveness and exclusivity to give it an edge over others.